The card begins with a view in the vampire bedroom in his castle coming out of the shower, he then turns into a bat and turns back to himself fully dressed to go out with a black suit, white shirt and black bowtie and red vest. He combs his hair then files his pointy incisor teeth. Next frame in his lab, Frankenstein has his head on his dressing table and powders it up and it sneezes. Frankenstein picks his head up then puts it back on his shoulders and screws it back in place with a screwdriver. Next we see the bride of Frankenstein dripping all over as she walks out from the shower and as she turns on the light switch, she gets shock and her hair rises up, all black with a white streak. We are then in a castle disco room with a werewolf drinking a large bowl if blood, our vampire, Frankenstein & his bride are dancing away under a disco ball. The bride kisses her Frankenstein and in his excitement, his head falls on the ground. But! that does not stop him to keep dancing and his head as well on the floor, boogying away. Once again we see them all dancing away as the final banner appears saying happy halloween. 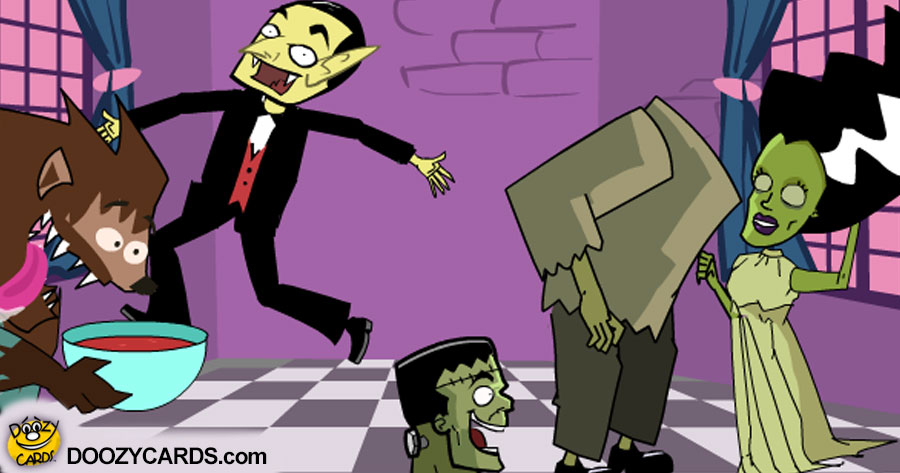