View the Jump Your Bones

The ecard begins with the view of a cemetery at night with tombstones sitting a little sideways and we see the door of a crypt shaking and it opens letting out a male skeleton dressed with a very old and very worn out tuxedo. He starts moving sideways, making his way through the cemetery. He stops over a rose bush and picks black roses. He starts walking again and arrives at a coffin that is propped up on a rock. He knocks on the coffin and the door swings open showing a female skeleton with red hair and an old and worn dress. The male skeleton offers the roses to the female skeleton and she ooo’s at them, takes them in her bony hands and smells the roses. She bats her eyelashes and them with her finger, she motions him to come to her. He jumps up and jumps in the coffin with the female skeleton. The coffin jumps up and down as we hear the female skeleton giggle, sounds of kisses, the male skeleton groaning and the coffin cover opens and we see a bony hand hanging a sign on the cover that says do not disturb. Once again the coffin jumps up and down with all the love noise that keeps going on. The final banner appears saying happy halloween at the top and at the bottom the words I’d love to jump your bones! appear. 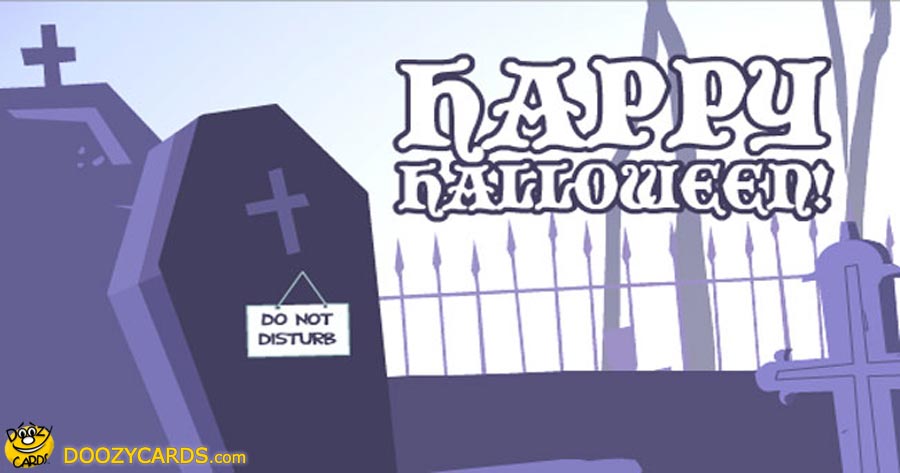