The card begins with a very large red and white striped gift box with a peach ribbon and bow on top of the box and a sign at the front of the box saying “click here for birthday sweets”. The box morphs into a stage, a spotlight lights up from above and a first cupcake with a fushia cupcake liner skirt with peach icing with sprinkles and large pink flower with a yellow center, beautiful brown almond eyes and red lips, red heals and long purple gloves and stockings starts singing. Two other cupcake singers join in as the light shines on the whole stage, one cupcake with a white cupcake liner skirt, light blue icing with silver sprinkles and a brown cupcake with white icing with red sprinkles both cupcakes with pink gloves and stockings beautiful brown almond eyes and red lips as well as red heels. Dozens of balloons are on each side of the stage. As they sing a hand appears and puts on candle on each of the cupcakes and lits them with a match. The hand tries to take the brown cupcake but the cupcake slaps it away. We see each cupcake taking a turn singing. At the end colorful confettis fall from above and the final banner says “Wishing you a sweet birthday!” as the cupcakes keep dancing. 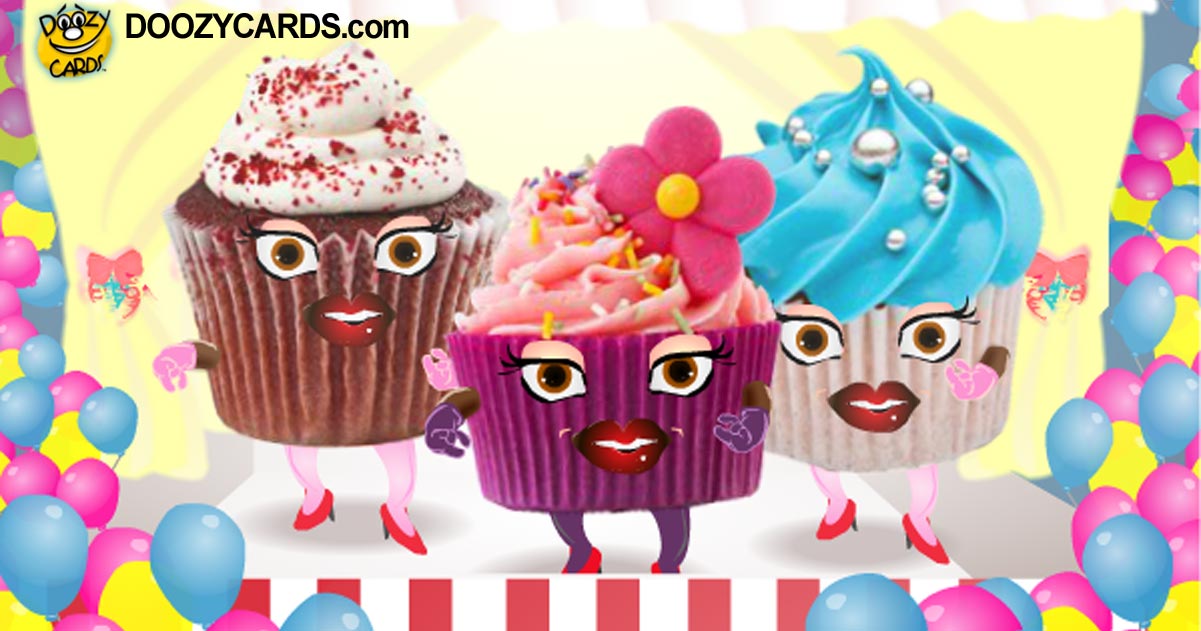