On a photo background of a holy site in Israël, a large golden coin with dark sunglasses appears along with 2 dreidels wearing baseball caps who swirl around on the screen and then begin to rap a three with menorah tattoos and one wearing large black rimmed square glasses. As the dreidel duo begin rapping, they move their white gloved hands like total rappers. As they rap, the background changes into a photo of jam powdered donuts. The golden coin leaves the screen and As they say “challah” a challah with wheels rolls in the background with a female dreidel with long wavy red hair driving it. The challah car leaves the screen and the golden coin rolls back in at the left side of the screen then rolling out from the screen at the right. As it is rolling across the screen, the background changes into a menorah with tall blue tapers and golden coins and small dreidels are surrounding the menorah. As they rap we out, the final banner appears with the words happy Hanukkah! 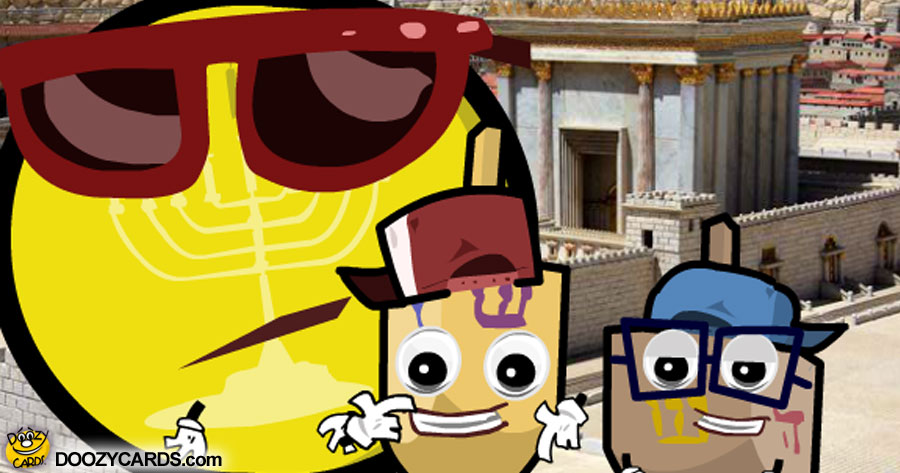