This anniversary ecard begins with a red and white gingham table cloth and a man dressed in a hot dog suit wearing dark sunglasses walks in with a smoldering look. As he said his name, he removes his sunglasses and goes on with his sexy discourse. At the end, the final banner appears with the words Happy Anniversary with 2 pretty red hearts touching one another under the words. 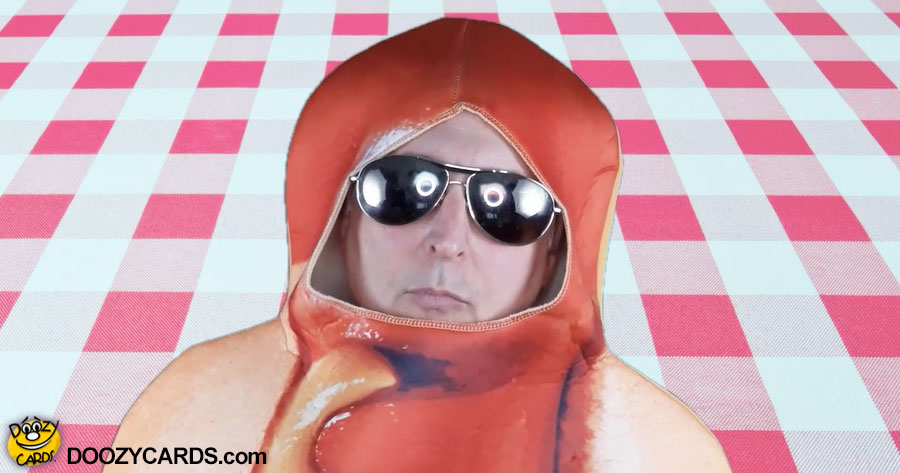